Office minigolf is one of the hottest office party hires in London. One of our recent customers, communications agency Hive Health Group, have been kind enough to send us some photos of their Putterfingers minigolf course in place at their offices in Piccadilly, London.

‘Our event went really well and everyone had a great time playing mini golf in the office,’ said Prateek Shah, Finance Manager. He didn’t mention who was responsible for putting a cow on the course though, but we think it’s an imaginative addition! Minigolf is the perfect entertainment to hire for an office party because it brings people together who might not normally interact, and colleages learn something about each other as it soon becomes clear who is the most competitive – if it wasn’t already! Staff can improvise by adding extra items like pot plants to the courses – or raising a corner of a hole, as seen in the photo above, to make it even more challenging. Office minigolf allows staff to relax and socialise whilst remaining competitive.

Harking back to 2015 and an office minigolf hire to Next15, another communications agency, these were some comments we received from them:

‘Putterfingers have been a great company to do business with, everything was very quick and simple all the communication was very clear and if I had any questions I knew I would get a quick response back.

This is the 2nd time we have used Putterfingers and it won’t be the last. The mini golf idea is fantastic and it really creates a wonderful atmosphere around the office.’

Putterfingers have also supplied mingolf courses to Facebook, Criteo and other leading firms.

To enquire about minigolf for your office party or social event, email office@connectedshopping.com or call 08450 570 321. Check out the hire options here! 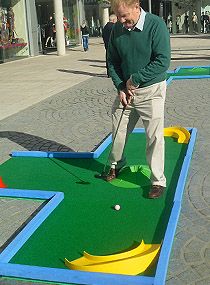 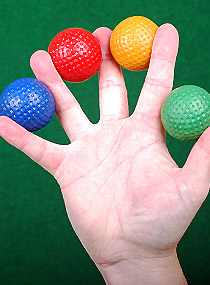 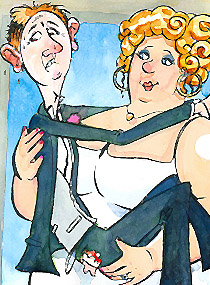